Recently it was revealed through reports that students who got zero or negative marks in physics and chemistry in NEET 2017 got admissions in private medical colleges. This shows how ‘Education Mafias’ ruined our prestigious medical education system.

The National Eligibility-cum-Entrance Test (NEET) has brought in much needed transparency in medical college admissions. This has exposed how students with abysmal scores in the entrance examination have got admission for MBBS, mostly in private colleges. This situation has been created by the health ministry and the Medical Council of India (MCI) keeping the qualifying cutoff very low so that private colleges can fill their seats despite their exorbitant fees.

With the Supreme Court ruling that all colleges will have to go by NEET ranking for admissions in 2017, one would have imagined that merit-based admissions were finally in place. However, even students with ranks below 6 lakh got admission though there were only about 60,000 MBBS seats in 2017. How did that happen? The exorbitant fees charged by most private colleges forced lakhs of relatively meritorious students to forego seats allotted to them in these colleges, allowing poor performers with more money to get admission.

Many high scoring students cannot afford the exorbitant fees, but the health ministry and MCI, by keeping the cutoff at 50th and 40th percentile for general and reserved categories respectively, have ensured that the private colleges can go further and further down the merit list till they find students rich enough to fill their seats at the price demanded by them. Low cutoffs ensured that over six lakh students qualified for just 60,000 seats. 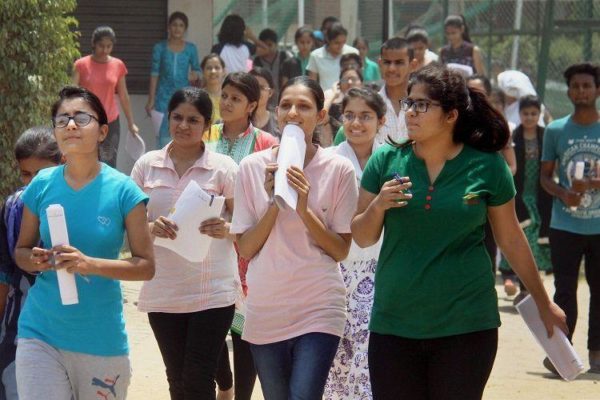 An analysis of NEET scores indicates that, other than ST, for all other categories even an 88th percentile cutoff would have been enough to comfortably fill the seats available. For the ST category, this would be true at about the 75th percentile. Several students with zero or negative marks in the physics and chemistry papers of NEET qualified for admission as the MCI has not fixed any minimum cutoff in individual subjects.

If zero or negative marks do not make a candidate ineligible for admission, why bother to test in the subject at all? Equally, how can a candidate scoring 15 out of 360, or 4%, in the NEET biology paper be eligible for MBBS? Several such students not only qualified, but also got admission in private colleges, paying average annual tuition fees of Rs 17 lakh. Thus the merit-based admission that NEET promised has been subverted by keeping the qualifying criteria fixed at ridiculously low levels despite the NEET results of 2013, 2016 and 2017 exposing the flaws in them.

If the cutoff was raised and minimum marks for individual subjects made mandatory, there would be fewer students qualifying and the private colleges demanding sky-high fees will not be able to fill their seats. They would be forced to charge more reasonable sums. TOI had analysed the annual tuition fees charged in 210 private colleges to show how 25 colleges averaged Rs 5 lakh or less and about half averaged under Rs 8 lakh. Why does the government allow some to charge up to Rs 25 lakh when they teach the same MCI-stipulated curriculum?

The high fees are the root cause of the dilution of merit. As TOI’s analysis of NEET scores and college fees has shown, the higher the average fees in a college, the lower the average NEET score of those gaining admission to it.  Seats remain vacant not because there aren’t enough meritorious students but because many high scoring students can’t afford the fees. Otherwise, why would private colleges not be able to fill their seats despite over 2 lakh students being within the 80th percentile?

The government argues that letting MBBS seats go vacant would be a colossal waste in a country facing a huge shortage of doctors. That’s a red herring. Clearly, the shortage of doctors is most acute in rural India. No one, not even the health ministry, can pretend that doctors from these private colleges, where students pay lakhs of rupees as fees every year, will help overcome the rural shortage.

Can we allow such colleges to function in the name of doctor shortage when they not only do not help address the shortage but also actively sabotage and corrupt the medical education system? NEET can only stop the rot if it is not subverted by the Centre fixing low qualifying cutoffs and states refusing to regulate fees.

The quality of education is continuously decreasing due to private schools, colleges, universities, medical colleges and medical universities. Education has become very costly in this period of commercialization of education. [……..]

Education is The Key to Ending Global Poverty

Education is they to open all the opportunities of our life. Poverty is one of the biggest problem across the Globe. Eliminating extreme poverty may seem like a challenge, but [……..]