Rahul Gandhi’s hug can be criticised, ridiculed or rubbished, but its visual is going to last till the 2019 election results. This time he was looking confident and every piece of his speech was complete, all questions raised by him have to be answered by the government.

Prime Minister Narendra Modi is a past master in frequently deploying the political weapon of “surprise” in his 24×7 politics. Now, the president of the Congress party Rahul Gandhi is playing catch up. Surprise, rather shock and awe, have been powerful political weapons. Their impact is not measurable, but they have often changed the nature of relationships, within the country or even internationally.

Internationally, Nikita Khrushchev’s visit to the UN and banging the podium with his shoe in 1960, Mao Zedong’s launch of cultural revolution in 1966, the Tet Offensive by Vietnam’s “Vietcongs” in 1968, Henry Kissinger’s secret visit to China in 1971, and Mikhail Gorbachev’s dramatic announcement of glasnost and perestroika (policies of openness and restructuring the economy) have changed the course of world history.

Within the country, Modi is known to be in constant search of something dramatic. Some of his advisers say that he often asks for something “big” that can be announced – from a national “run for unity” on Vallabhbhai Patel’s birth anniversary to International Yoga Day!

The hug and its appeal

Whether Rahul Gandhi’s scintillating somersault from the opposition to the treasury benches and his sudden hug to Narendra Modi was a preplanned move or impromptu is not the point. The act can be criticised, ridiculed or rubbished, but its visual is going to last, at least, till the 2019 election results, if not longer.

Although the Prime Minister tried to run down that stunned moment by his usual demagogic speech, the day would still be remembered for that embrace, which changed the contours of the election campaign. Imagine, David, instead of slinging a stone at Goliath, suddenly walks up to him and hugs him, thereby, disarming him completely. That day, Rahul was a Gandhian David.

This image is going to haunt Modi throughout the next 10 months. Whether he and his campaigners describe Rahul’s action as childish, unbecoming of the party president, or unparliamentary, it has stuck. This is because the action came at the end of his appeal: “You have a lot of hate towards me, you have a lot of anger towards me, to you I am a Pappu, you can call me all sorts of names, but I have not an iota of anger, an iota of hatred towards you, I am Congress… I have learnt that no matter how much you are abused and attacked, your heart must remain full of love”.

It is not possible to counter this appeal. The more Rahul is attacked, the more he will bounce back. It is a repeat of history. Indira Gandhi was routinely ridiculed as “Goongi Gudiya” by Ram Manohar Lohia, but when she counterattacked by sacking Morarji Desai as finance minister and nationalised the major banks, she stunned her critics. It was not a “love” weapon, but surely a “surprise” missile.

Modi has used the “surprise” weapon frequently, demonetization being the best example. It still haunts him and his detractors. His first surprise move was the dismissal of the Planning Commission from the ramparts of the Red Fort. In the last four years, he has used this weapon so often that his bhakts now warn his critics and say “just wait for a surprise”. 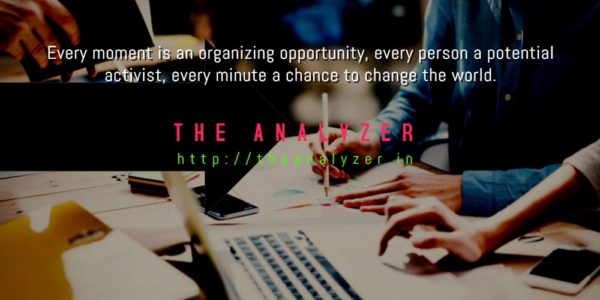 Few of the “surprises” seem to have been neutralized in advance. For instance, some people thought that he would wage a war with Pakistan to generate nationalist euphoria. Some others thought (and still think) that he would bring Nirav Modi or Vijay Mallya back to India and make them face trial just a few weeks before the elections. There are others who still anticipate that he will “eliminate” Dawood Ibrahim and will display his brave fight against terrorism.

There was also speculation that he will deposit Rs 15 lakh in citizens’ bank accounts. Indeed, there are so many reforms waiting to be undertaken, some of them dramatic, that they will provide Modi with the “surprise” missile. He has created a huge social media network, armed with hyperactive trolls, who will promote those “surprise” policy surgical strikes.

Although it is early to speculate on the outcome of the 2019 elections, it is surely not going to be a boring confrontation between a nondescript Pappu and a giant Modi. Modi’s aggressive politics, and Amit Shah’s Machiavellian strategies have created an atmosphere of fear even within the BJP (to which Rahul referred and said that only love will defeat the politics based on hate and fear).

The mahagatbandhan has many Davids – from Chandrababu Naidu to Akhilesh Yadav, Arvind Kejriwal to Kamal Haasan, and Mamata Banerjee to Mayawati. All the non-Congress opposition parties were apprehensive of Rahul and the Congress. But with Rahul displaying the “surprise” element, the equation has changed, at least for now.

Modi, however, has several opportunities to display his “surprise” weapon again – Independence Day could offer him that chance. Modi has perfected the art of keeping the opposition guessing and worried, and he is not someone who will give up. The only thing that has changed is that the opposition too has learnt to use the weapon of “surprise” now.

Congress Manifesto included every segment what actually expected from any government including their ‘NYAY’ and addressed every sections of society. But they had added some spices for opposition parties by [……..]

Former President Pranab Mukherjee started a new era of dialogue between different political ideologies. It is quite difficult to understand each other’s ideologies in current politics. The respect of others’ [……..]

Priyanka Gandhi Can be a Game Changer in 2019

Priyanka Gandhi Vadra’s much-anticipated plunge has definitely brought in freshness in the political theatre. Priyanka may be game changer for Congress in upcoming election of Lok Sabha. But whether the [……..]